Te Ana Marina is a new community development between Ōhinehou and Te Ana o Huikai on the Lyttleton waterfront.

This project has been taken on by the Lyttleton Port Company “to create an engaging and vibrant waterfront with public access and connectivity between Lyttleton, the Inner Harbour and the recreational areas of Naval Point”. 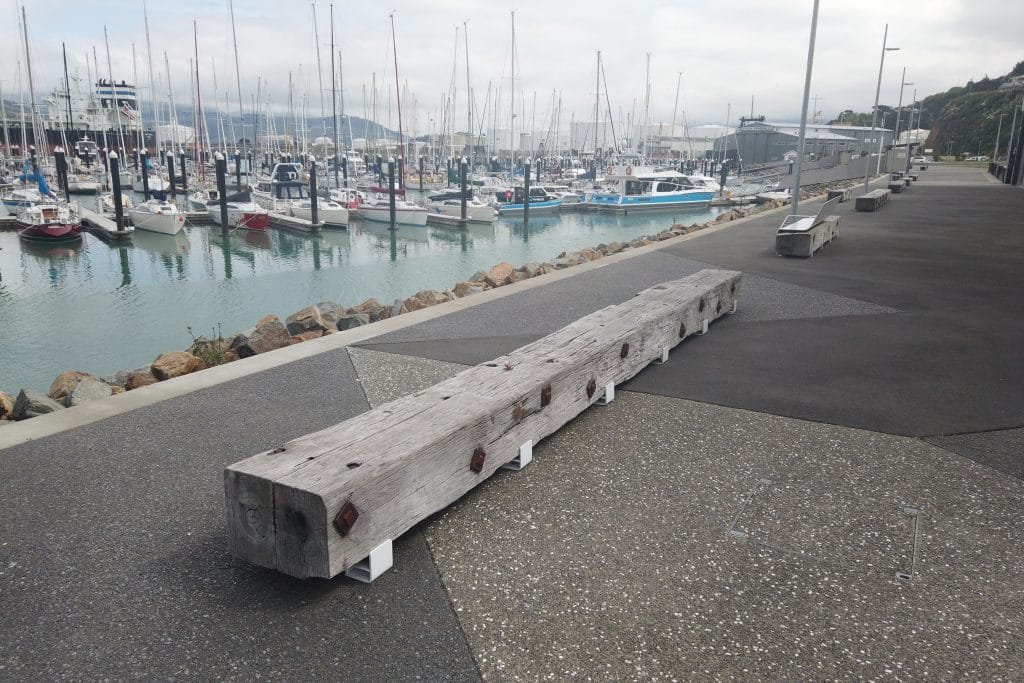 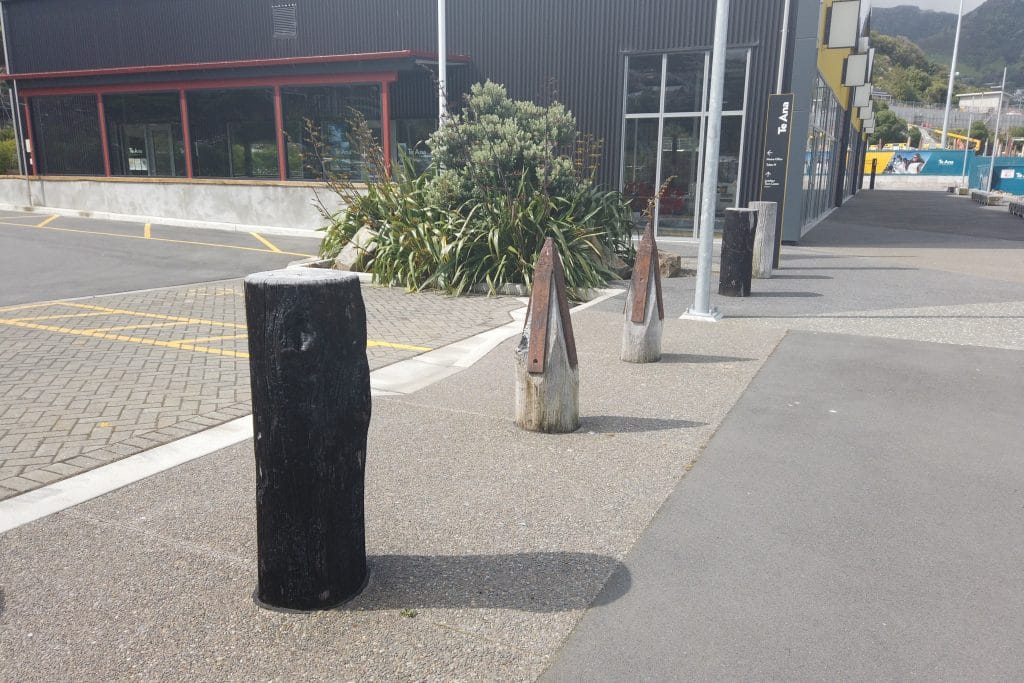 Developing this space, in a way, is taking it back to its roots.

This place was significant for both Ngāi Tahu and European settlers who fished for food and anchored their boats in the bay and the hope for this new development is to see the community gather here once again.

A name with significance…

The name ‘Te Ana’ was chosen to reflect the heritage and history of the original settlers. This name was gifted to the harbour by Te Hapū o Ngāti Wheke Runanga and stems from Te Ana o Huikai which is a cultural site near Dampier Bay. 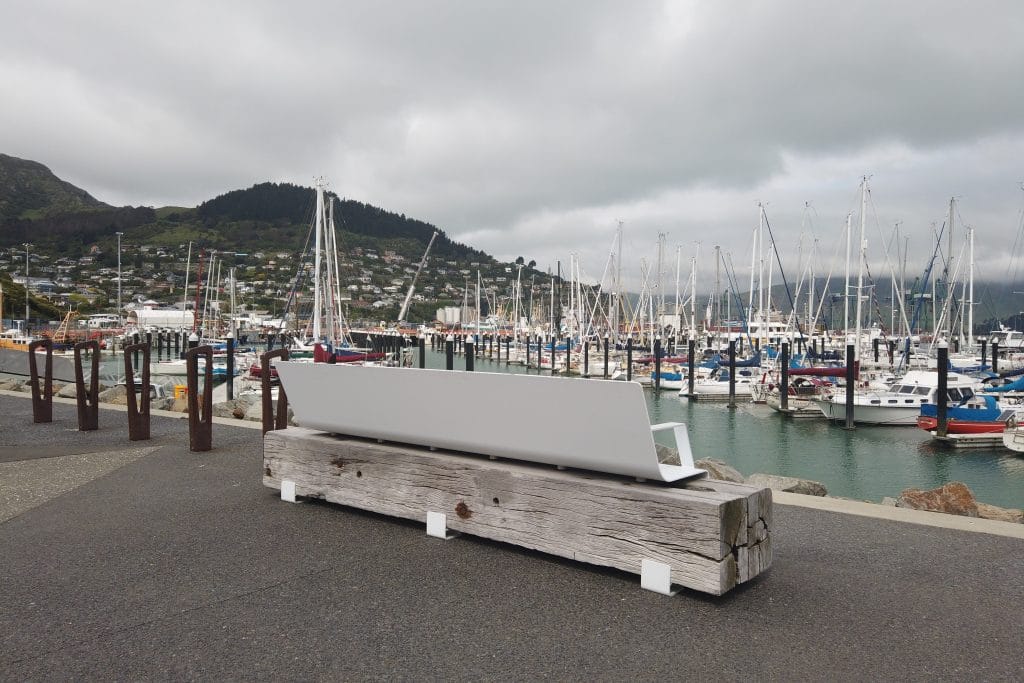 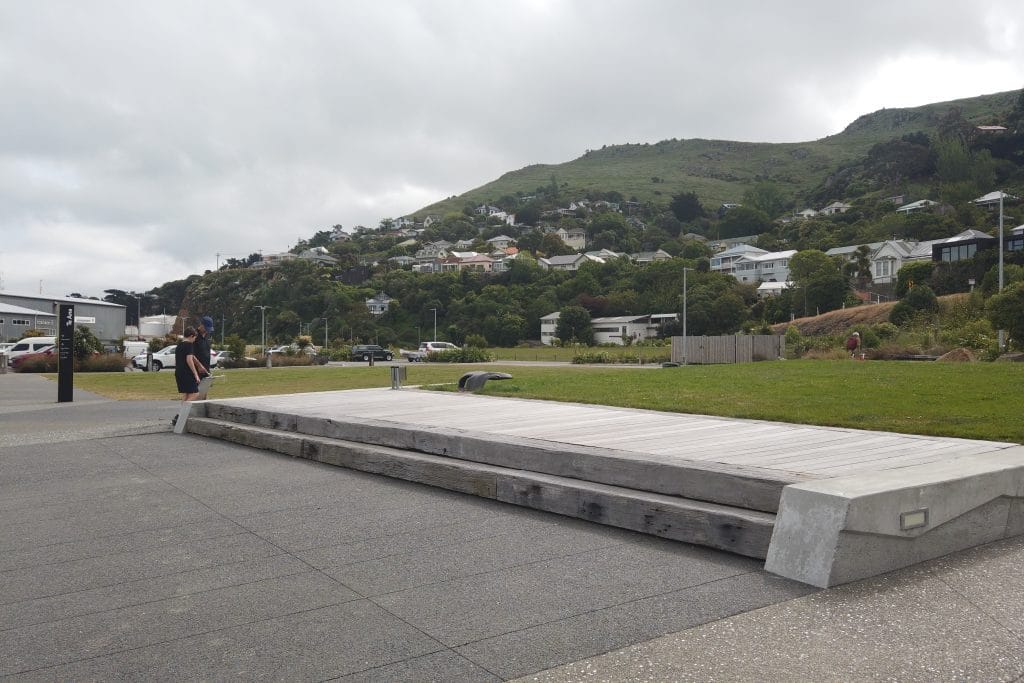 Collobaration was key to create this space.

The Lyttleton Port Company worked closely with Te Hapū o Ngāti Wheke to address cultural values associated with the area and played a major role in the creation of the Cultural Landscape Assessment and Design Guidelines.

Boffa Miskell joined the redevelopment to create a concept design and an urban design framework, which included the Cultural Landscape Assessment and Design Guidelines.

“Key goals within the plan were recognition of Ngāi Tahu values and aspirations; and for safe, convenient and high-quality access and connections to the waterfront” and the resulting development includes a public promenade, public areas, and car parking.

One specific design cue was to reflect local character and Ngāi Tahu values and within that was encouragement towards the use of recycled and local materials, including wharf timbers.

Te Ana is a great example of how reclaimed timber can be reused and recreated into both functional and feature designs.

For Te Ana, the reused timber has been rebuilt into seating for the community to gather on, as well as bollards for a practical feature which fit harmoniously within the landscape of Te Ana.

This development is another great example of how used materials, specifically reclaimed timber, can be given new life in a multitude of ways. 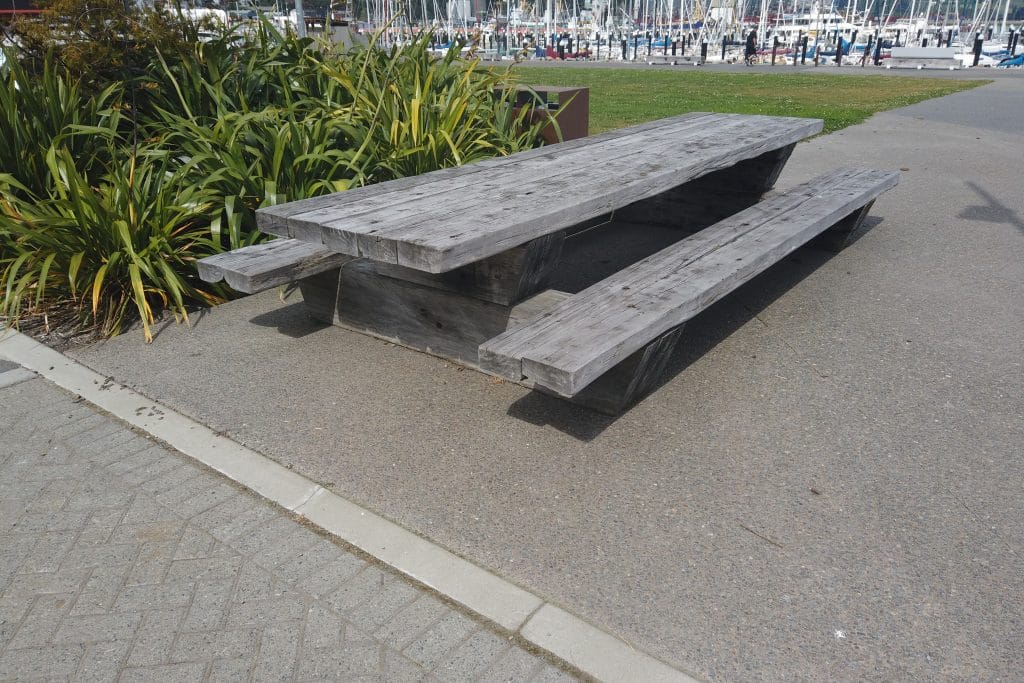 Please complete the details below and we’ll come back to you with a quote: